Is Chiropractic Treatment Safe During Pregnancy?

Because chiropractic treatment can help relieve and remove back and joint pains, it is often considered whether or not it could be safe to relieve the same types of pains in pregnant women.

Generally, to relieve most muscle and joint pains, continuous movement is highly recommended. Pregnant women feeling these pains are suggested to take a walk regularly. The key is to keep all the joints and vertebrae moving so it won’t be stuck and increase lower back pain.

On the other hand, it becomes more difficult for pregnant women to move and walk when they are in the final stages of their pregnancy. And regardless of how much preparation they did, it seems that the pain they managed to evade in their first months of pregnancy will come hit them in full force when they can no longer move efficiently.

Because it doesn’t involve taking any kind of medicine or drug, chiropractic treatment is often considered to help in pregnancy. Basically, what chiropractors do is they help the women’s body get “adjusted” with the changes that come with pregnancy. It is important to start the treatment or “adjusting” process at the first month of pregnancy. Towards the end of the pregnancy, especially when it has become more difficult for the pregnant women to move, treatment becomes lighter and more gradual.

This process does not only help the pregnant woman relieve muscle and joint pains during their pregnancy. It also helps prepare them for the process of giving birth, preventing any risks or issues to their health and that of their babies.

Getting adjusted through chiropractic treatment while going through pregnancy does not guarantee a painless pregnancy and giving birth process. It only helps ensure a safe and healthier journey from day one until the delivery process. Plus, it also helps make it easier for the pregnant woman to go through the entire process, particularly making the pains and other difficulties more bearable.

What is involved in the process?

Typically, the treatment or adjusting process starts at the first month of pregnancy. Until the third month, the pregnant woman will be adjusted to keep all her joints, particularly in her vertebrae, moving efficiently and in coordination with the rest of her body. This also helps prepare her body from all the changes that will happen as she goes through pregnancy. More specifically, it helps strengthen her vertebrae and hips so that it would be able to support her growing weight and belly.

After the third month, and when the pregnant woman has gained more weight, the treatment process becomes gradual with easy massages to her muscles. Adjustments to her lower back will continue but with a lighter process.

If you are considering to undergo a chiropractic treatment throughout your pregnancy, ensure you are working with a professional. Call Carolina Welness & Rehab for a consultation.

May I invite you to join us for a Complimentary Consultation? "I’m Dr. Craig Strickland, my team and I are dedicated to helping you get out of pain and get back to feeling great again.

Call us and tell us about your health issues and set up a consultation to discuss the treatment that will best get you back to optimum health.

As your doctor, I promise to sit down with you, face to face, and be attentive, present, focused and actually listen." 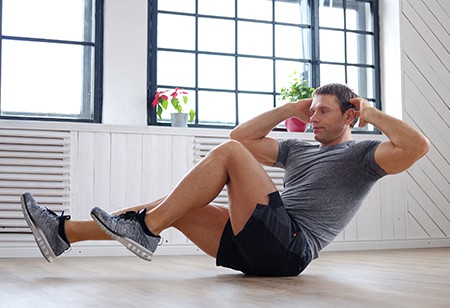 Expert’s Tips On How To Avoid Back Pain Why Does My Lower Back Pain Keep Coming Back? 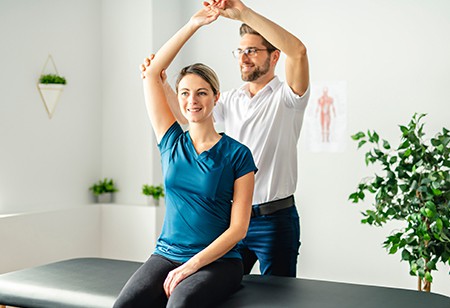 Is Chiropractic Treatment Safe For Elbow Injuries And Pain?
We give patients a better overall lifestyle rather than treating one condition at a time so they can live happier, healthier lives. Call us for a complimentary consultation.
(843) 449-1000
© Carolina Rehab and Physical Medicine Center 2022 | Marketing by Walker Kreative
*THE PATIENT AND ANY OTHER PERSON RESPONSIBLE FOR PAYMENT HAS A RIGHT TO REFUSE TO PAY, CANCEL OR BE REIMBURSED FOR PAYMENT FOR ANY OTHER SERVICE, EXAM, OR TREATMENT WHICH IS PERFORMED AS A RESULT OF AND WITHIN 72 HOURS OF RESPONDING TO THE ADVERTISEMENT FOR THE FREE, DISCOUNTED FEE OR REDUCED FEE SERVICE, EXAMINATION OR TREATMENT.
Schedule Appointment


Please complete the following form to schedule your appointment. Your appointment will be confirmed by phone by a member of our staff. Thank you!